In Short: Sydney Cove Oyster Bar delivers an unforgettable seafood experience. Freshly shucked oysters from all over the land are joined by a delicious selection of seafood dishes. If you get the chance, and depending on season, ask for the Storm Clams!

I have to admit that I have tunnel vision whenever I arrive at Circular Quay. It’s either all roads lead to Bennelong or Quay. But now, I have an antidote to this worrying affliction, and it’s in the form of Sydney Cove Oyster Bar. An afternoon spent at this restaurant, with the waters of the greatest harbour on earth lapping just below my feet, sampling exquisitely prepared seafood; can it really get better than that? To match the billion dollar views, Sydney Cove’s dining ambience is a step above casual, yet still relaxed. The seating allows you to settle in, and giant umbrellas shield the diners from the elements. The service team move around efficiently with a smile, ensuring we have a drink, help us with our dining needs, and they are happy to provide us with a tip or two with regards to what’s a hit on the menu. To start off our meal experience at Sydney Cove Oyster Bar (SCOB), I went with a cocktail from their extensive drinks menu . I settled on a nice refreshing drink called the Kiwi Fling. The non-alcoholic portion consists of a mixture of kiwifruit puree, lychee, cloudy apple juice, and fresh lemon juice. Then comes the fling where a splash of Absolut Vodka is added to the juice combination. The end result is a drink that is so delicious and easy to drink, right to the very last drop. No visit to SCOB would be complete without trying their signature oyster platter. We were served a sampler of Pacific Oysters, Sydney Rock Oysters and Angasi Oysters from different parts of Australia. What I learned from manager Roman is that the same variety of oyster yields a different taste, flavour, and even size depending on where they are grown.  My favourite oyster from the selection would have to be the Angasi, because it had a unique full bodied, bold flavour that leaves a earthy mineral taste in your mouth after eating it. It is an acquired taste, and probably more suited to the seasoned oyster eaters. For me, it’s simply a case of go bold or go home. Every variety of oyster served at Sydney Cove Oyster Bar is carefully selected and curated so you can be assured of quality and freshness, and its an experience not to be missed. Our second entrée was the king salmon sashimi  with lemon, basil, pickled kohlrabi and dashi. The transition from gorgeous, freshly shucked oysters could be a tough one, but beautifully treated and presented salmon made it easier. The sashimi itself was rolled up and presented like flower blooms on the plate, sitting in a pool of dashi broth. The fresh lemon zest helped to lift the dish by giving it a zesty, citrusy flavour, while the dashi broth imparts an umami flavour to the fish.  The pickled kohlrabi is sweet and vinegary, which is great to cut through the richness of the salmon. On a whole, this is a very pretty-in-pink dish that is also full of sparkling flavours. Besides the King Salmon Sashimi, we had another outstanding fish dish at SCOB, which was their seared swordfish with piquillo pepper and caper salsa. The swordfish is meatier in appearance and flavours, but just as tasty. It was lightly seared on the outside but nice, tender and pink on the inside, and nicely seasoned with olive oil. A light salsa made with piquillo peppers and capers sits on top of the fish, complementing it with its briny umami flavours, while the coriander gave the dish a herbaceous kick. Overall, it was a very good and satisfying dish that excited our palette.

At this point of the meal we were quietly impressed, yet manager Roman pulled a clam out of his hat with a rare treat of Storm Clams with smoked almonds and parsley butter. The clams were meaty and generous, cooked in decadent, rich melted butter, and dressed with fine slivers of smoked almond and parsley. A spritz of lemon from the lemon wedges helped to elevate this already spectacular dish to the next level. To say that this is a spectacular dish is an understatement. Coco and Viner Sacha declared this his favourite seafood dish of the day. Do note that this dish is only available for a limited period of time due to seasonal availability of the storm clams, so try it out while it is available on the menu as it promises to be an unforgettable experience. With all the spectacular entrées, what does one have to match for mains? Split grilled king prawns with capers, lemon, brown butter and espelette peppers of course ! The prawns were locally sourced from New South Wales and its sweet meat is enhanced by the brown butter sauce. The capers adds a level of saltiness to bring out the briny flavours while the lemon provides a fresh citrusy flavour to cut through the richness of the butter.

To accompany the prawns, we also got a side of roasted chat potatoes and confit garlic. Potatoes have never tasted this good. SCOB’s roasted chat potatoes were warm and crunchy out the outside and soft and fluffy on the inside. What made a difference is that the potatoes are roasted with their skin, which adds to the texture of the dish.

The heirloom tomatoes and basil salad is another great side to try at SCOB. The different coloured tomatoes combined with basil herb and lemon infused olive oil, makes this a simple and refreshing dish to have. If you do still have room for dessert, we would recommend the chocolate mousse with raspberry coulis and toasted hazelnut. There is only one word to describe this dessert – decadent! The chocolate mousse has coconut flavours going through, which is further enhanced with toasted coconut flakes. The tart and sweet raspberry coulis helps to cut through the richness of the chocolate. It was the perfect dessert to end the perfect meal at SCOB.

With its prime location right in the tourist hub of Circular Quay, I am going to suggest to friends and family to hold off on the ferry ride to Watsons Bay, and spend the afternoon or evening at Sydney Cove Oyster Bar for an outstanding seafood experience.

*Coco and Vine dined as guests of Sydney Cove Oyster Bar. All photos and opinions are our own.

END_OF_DOCUMENT_TOKEN_TO_BE_REPLACED 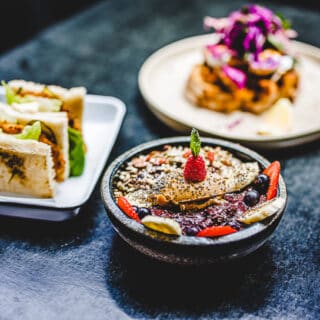 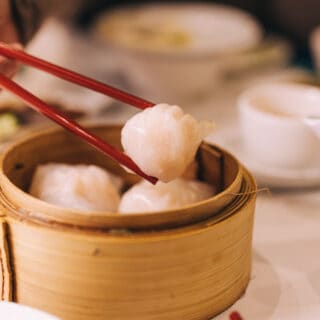