In Short : Papa Do’s chicken is part of a new movement of restaurants in Cabramatta that fuses traditional Indochinese flavours with contemporary cuisine that millennials are posting on Instagram. Their fried chicken is reason alone to make a trip out to Cabramatta. Lip smacking good sauces with perfectly cooked chicken. Their baos are great value!

After a long week, the last thing I really wanted to do was wrangle with the Sydney traffic. A quick search, and we thought we would head to Cabramatta and see how fried chicken would go in what has been traditionally been the Phô and pork roll centre of Sydney. Papa Do’s is the realisation of a dream of four brothers Edward, Abel, Kelvin and Mark. They have set about re-calibrating the cuisine of the area and feeding millennialss the food that would normally travel to the city for. They have not forgotten their roots though, and inject Vietnamese and pan Asian flavours into their offerings. Papa Do’s is named for the young men’s father who has been a big influence in their upbringing. Papa Do’s signature dish is their fried chicken, yet you can also sample baos and noodle dishes. A licensed bar means that a beer with the fried chicken completes perfects pairing.

In addition to what we ordered we were treated to a set of appetisers that include cornbread and syrup. Not being a fried chicken connoisseur,  I was pleasantly surprised to experience it in the tradition of the sourthern United States and served with cornbread. There’s kimchi, pickled carrots, Vietnamese pickles, and crackers. The pickles were an especially perfect accompaniment to cut through the richness of the fried chicken. About that Fried Chicken, there are a couple choices to be made. Firstly, to choose between thighs, wings, drumsticks, or diced fillets. Secondly there’s a choice between sauces, which include chilli bbq, pho jus, sticky fish, Nashville Spicy and sweet soy.

I chose a thigh with chilli bbq sauce. Don’t be put off by the chilli, as it’s actually sweet with a mild kick, so rest assured you won’t be running out looking for a hydrant to cool things off. The meat was cooked on the bone with the crispy thick batter giving a crunchiness to the moist and succulent flavourful meat. I loved the combination of sweet, salty, and spicy notes. For their signature dish, the chicken was absolutely outstanding. For Sammi, we thought we would go for the Chicken Mac Bao. This bao in inspired by the chicken fillet burger of the Big M. The bao is made in house and is soft and pillowy. In contrast, the chicken was crispy yet tender and the slaw features a dressing that really is reminiscent of the sauce at McDonalds; tangy with a dash of sweetness. Proving that it’s not all about chicken, Papa Do’s will appease those looking for a noodle fix, especially in the depths of winter. We sampled the Sichuan Noodles with beef brisket. There’s a spicy, tongue numbing kick from the Szechuan peppercorns. I appreciate the depth of flavour which includes a smokiness that comes with the beef brisket. The noodles are served al dente, yet absorb the flavours of the sauce. Winter warming goodness for sure! To wash down that yummy goodness, I stuck with the Asian infused menu, and went with a creamy and beautifully presented Matcha Latte. There’s a pleasant, natural grass-like flavour to the matcha green tea, and it’s not bitter, just warm and comforting. Definitely an antioxidant filled cup that delights. Papa Do’s epitomises the type of fusion cooking that is sweeping the city.  While many will still flock to Cabramatta for a Phô fix, young upstarts like Papa Do’s and The Weston Eatery next door in Canley Vale are there to lure with a menu that bridges the traditional with the contemporary.

In Short: Located in the inner city suburb of Pyrmont, family-run Quick Brown Fox has emerged as one of a new breed of fusion cafes that hits the right notes. It’s an impressive menu, well executed by a skilled head chef with creations including an epic congee and scrambled eggs with a romesco kick! Our…

END_OF_DOCUMENT_TOKEN_TO_BE_REPLACED 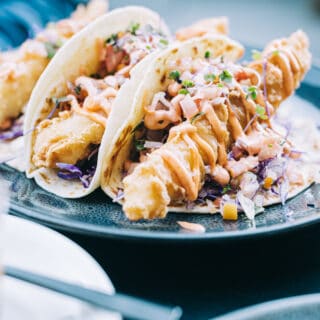 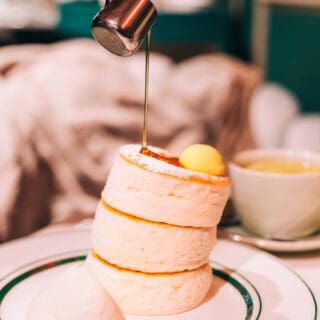