In Short: Kurrachee brings a little bit of Pakistan and northern sub-continent to Sydney. You will sample dishes that are mild on the heat scale, yet packed with flavour. From meaty dishes to vegetarian offerings, the menu appeals to all comers. My tip; try the nihar (beef shanks) with naan. Delicious!

“…The steed of life is on the gallop, let’s see where it stop, neither is the hand on the reins, nor is the food in the stirrup…”

This quote from poet Ghalib best describes the journey of Kamran Ahmed and his family. From the middle of Asia to Agra, to Karachi, and now Sydney and Kurrachee, their little piece of Pakistan cuisine in the middle of Newtown. I can’t say I am an expert on Pakistani cuisine. Rather, I grew up on a diet of Pakistan’s greatest cricketers. When I first arrived in Australia it was a feisty Javed Miandad taking it to Dennis Lillee. Then, there was suave and sophisticated Imran Khan, with his all round prowess tormenting the Aussies. In the late 80’s it was Wasim Akram and Waqar Younis, and their looping in swingers that crushed toes and timber! Our exposure to the food of the sub-continent in Canberra was rudimentary, at best. In Sydney, up until recently the closest I could find that represented the cuisine of the sub-continent’s northern most country was Faheem Fast Food in Enmore. Now though (having been alerted by our friends at AGFG) we  are blessed to have the likes of Kurrachee to educate us on the intricacies of Pakistani cuisine. Their intimate space in Newtown has only been going for a few months, yet has commanded a loyal following. The focus of the kitchen is to deliver an experience that is authentic to what the family grew up eating. Karachi, as it is known today, is Pakistan’s most populous, and also its most cosmopolitan city. Which means the cuisine has been fused with the flavours of those who have settled in the city. Starting our culinary ride at Kurrachee was a platter of delights, and you can opt for a vegetarian or meat version of this dish. On our visit, we sampled a combination of both. The chicken and lamb kebabs had that unmistakable smoky flavour of the tandoor. The spicing was mild with flavours of cumin and chilli powder coming through. While meat kebabs are familiar to most of us, aaloo kebab was a new one for me. I loved the pan fried patty with chilli and coriander. It was succulent and moist with the potato being of a smooth and creamy texture. With the platter whetting our appetites, we had to know what set Pakistan curry apart from their southern neighbours. I chose the nihar which comprised of slow cooked beef shanks sitting in a thickened curry gravy. Usually slow cooked shanks mean tender, if it’s done any good. Well, at Kurrachee not only is it melt-in-your-mouth tender, there is just layer upon layer of flavour. A rich, meaty flavour hits the palate first, and then the spicing comes through in waves, finishing off in a mild chilli heat. Complex, delicious, and nuanced; just my kind of curry. From a hearty, full-bodied curry, to something altogether new in urad. Now, I have had my share of lentils through the years, but not urad which was white lentil based dish. Usually white lentils are prepared with saffron or turmeric to give it a more golden complexion, but here at Kurrachee, the lentils are kept in their natural form; beautiful little mini ivory puffs which I could separate lentil by lentil. The dish had a silky smooth texture. Don’t be fooled by what looks like a cherry tomato sitting atop the lentils; it’s a whole chilli that really invigorates the palate! I also appreciated the ribbons of ginger combined with the cumin and onion. It’s a humble dish, but delightful. Rounding out our fantastic evening of Karachi-inspired cuisine was an aaloo tarkari bhujia. Potatoes stewed so that they are soft and perfectly cooked through, provide a creamy comforting flavour. Spices, including cumin and fenugreek, that have been fried to release their oils and perfume add a layer of flavour and the spinach adds a sweet flavour and crunchy texture. As we stood up to convey our gratitude for that perfect introduction to Pakistan cuisine, I did not feel bloated or the need to loosen a notch on the belt. Sometimes curries, rice, and naan can do that to you. But, here at Kurrachee, there wasn’t that regret that we had overindulged.

While the food was unforgettable, one facet that warmed my heart was how the family gives back to the community. They will feed 5 people every day for free, no questions asked. In addition diners and passers by can help by providing a donation that will feed additional people who need food. There’s a tally board, and it was closing in 50 donated meals when we had left. It’s tangible, and I absolutely love that Kamran and his family are making a difference every single day the restaurant is open. There’s an idea that I hope catches on!

*Coco & Vine dined as guests of Kurrachee and AGFG. However, all opinions and photos are our own. In Short: Don’t be fooled by its name. The coffee and food is anything but Common. The focus is on familiar food like toasties and noodles but with a slight twist to give it its own signature touch.  Since I don’t know when, we have followed this team of cafe pros as they first started…

END_OF_DOCUMENT_TOKEN_TO_BE_REPLACED 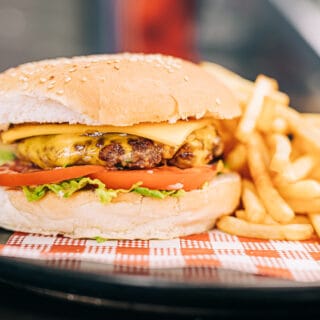 In Short: Bar Emilio’s in Drummoyne combines fantastic milk based coffees and espresso with a jam packed menu. All food is prepared by Emilio and his team. For a quick sandwich on the run, I recommend the haloumi sandwich. If you can linger a little longer, you can’t go past the beef burger. Inspired by…

END_OF_DOCUMENT_TOKEN_TO_BE_REPLACED 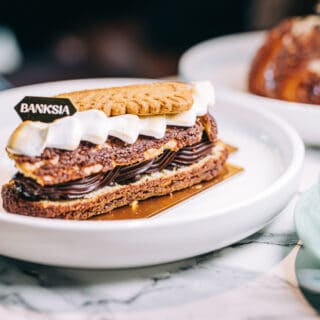